Firstsite is currently closed to the public. We can’t wait to welcome you back once it’s safe to do so. Sign up to our newsletter to be among the first to hear about our re-opening date.

Can you help us as we put our plans in place? Your support can help us deliver the best experience for our community. Support us today

With outstanding screenplays, breath-taking scores and amazing performances from both established and up and coming names in film, we have a host of Golden Globe Nominated treats in store for cinema-goers this winter.

Whether you’re looking for a family-friendly fairy tale, a thought-provoking black comedy, or a modern day crime noir, we’ve got it all.

After coming to terms with her magic powers, Elsa now has to dig deep into their origins if she is to save the kingdom of Arendelle. Embarking on a perilous journey into dark forests and unknown kingdoms, Elsa, Anna and friends face a journey like no other. Nominated for Best Animated Feature and Best Original Song “Into The Unknown”, Frozen 2 does not disappoint. 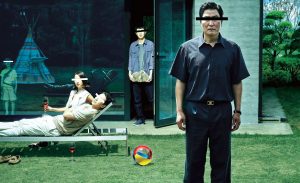 The laughs come thick and fast in this sharply intelligent South Korean black comedy. When a poor family scheme to pose as a gang of unrelated but highly skilled workers to infiltrate an elite household, chaos ensues. Running for Best Foreign Language Film and Best Screenplay, this is a thought-provoking treat about class and family.

Join us at Firstsite for a special preview screening of ‘Parasite’, ahead of the main cinema release. Includes a live satellite Q&A with director Bong Joon Ho. Book here. 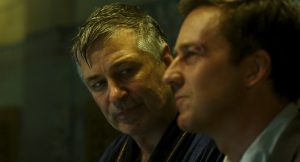 Nominated for Best Original Score, the soundtrack sets the tone for this ambient neo-noir. The film follows a private detective with Tourette’s syndrome, Lionel Essrog, as he struggles to solve the murder of his former mentor. With an atmospheric 1950s feel, this crime film is a slick respite from the festive merriment.

The classic tale of Amy, Jo, Meg and Beth is revived in all its heart-warming glory in this Best Original Score nominee set in the aftermath of the American Civil War. Featuring stunning performances from Emma Watson, Meryl Streep and Saoirse Roman, this sweet tale will tug at your heartstrings. 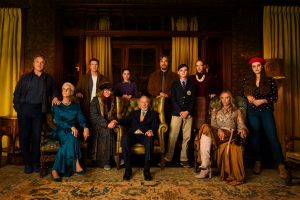 Best Picture nominee Knives Out mixes genres with glee in this crime comedy musical. Written by a director whose credits include Star Wars – The Last Jedi, this picture packs an all-star ensemble cast, with Christopher Plummer, Daniel Craig, Toni Collette and more. Not to be missed.

Sign up to our newsletter to receive the latest updates from Firstsite.